Continue
Back to blog
Career Advice

9 Key Lessons from Sports Coaches to Unlock Your Potential

The world of sports has brought us elation, heartbreak, entertainment, and limitless fun times. It has also provided us with a wealth of wisdom for how to embrace failure, weather adversity, and keep right on going. These kinds of life lessons seem to flow naturally from some of our greatest coaches whose notable quotes offer valuable tips for how to succeed in reaching your own life goals. Today, we’ve gathered nine of our favorite quotes designed to help you get inspired, work hard, and unlock your true potential.

“Winners embrace hard work. They love the discipline of it, the trade-off they’re making to win. Losers, on the other hand, see it as punishment. And that’s the difference.”

“Just do what you do best.”

Red Auerbach, eight-time NBA champion, won five titles as a player and three with the Warriors as a head coach. He always encouraged his players to be themselves and focus on their strengths. Something about the simplicity of this quote seems to lighten some the pressure we put on ourselves when chasing a dream, no matter how big.

“To perform at a champion’s level, you must understand the importance of a long-term memory for success and a short-term memory (or selective amnesia) for failure.”

Many, many coaches offer this advice, originally penned by Jim Afremow, sports psychologist and successful author. It’s basically the predecessor of “fail often,” but with the added encouragement to enjoy your successes, as well.

“Perfection is not attainable. But if we chase perfection, we can catch excellence.”

Head coach of the Green Bay Packers from 1959-1967, Vince Lombardi was a veritable quote machine, but this is one of our favorites because it inspires, offers courage, and makes us feel like any kind of success is actually within our reach.

“If you want to be successful in this world, you have to follow your passion, not a paycheck.”

So said Jen Welter, an American football player who became the NFL’s first female coach. You’ve got to find what you love to do and relentlessly work at it until you reach your goal. Don’t settle for less—and don’t get distracted by a more lucrative opportunity that shifts your focus.

We’ve all heard this one—or a variation of it. In fact, this is actually a bastardization of Thomas Edison’s quote: “Genius is 1% inspiration and 99% perspiration.” The lesson is sound, either way: solid preparation means that in the clutch, your body and mind will automatically know how to perform at their peak. Look at your own challenges and successes for proof of how true this one is.

Everyone’s heard of John Wooden, basketball player and head coach at UCLA, where he won ten NCAA national championships in 12 years, including a record seven in a row. He’s also the only person to be inducted in the Hall of Fame as both a player and a coach. He was known for preparing his players to be their best, both on and off the court. He reminds us that careful attention to detail—the little things—are what build up to greater success.

“You learn more from a loss than from a win.”

This old football saying holds a serious lesson for anyone striving to attain a goal, as failure is an inevitable part of the journey. But it’s what we learn from our failures that can tell us the most about ourselves and put on the right track to success.

“That’s life. Nobody wins every time—and whatever happens, happens.”

This one’s from Steven Kerr, eight-time NBA champion, who won five titles as a player and three as the Golden State Warriors’ head coach. He knows it’s all about keeping things in perspective, whether you win or lose. It’s valuable advice that can help you keep your balance when the chips are down.

Embrace the Hustle at BetMGM

Like those quotable coaches, here at BetMGM we know that success takes hard work, and we embrace the hustle to reach our goals. If you share our passion, want to unlock your potential, and are ready to grow your career with an organization that’s backed by the best, we invite you to join our growing team. Created as a joint venture from industry leaders MGM Resorts International and Entain Holdings, one of the world’s largest sports betting and gaming groups, we’re driving the future of sports betting in the US. We’re currently seeking energetic, all-in sports enthusiasts to help us take the industry to the next level. Be part of the Pride of gaming history: join us today.

Changing the game of gaming, one play at a time. 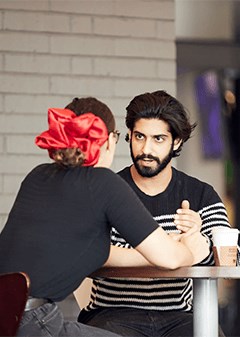 Expanding our reach through a broad network and partnerships with major players. 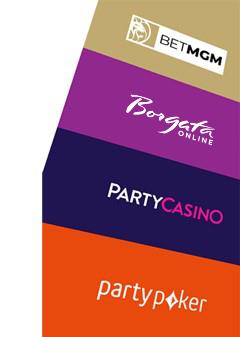 Drawing on Experience, Driving toward Excellence.

Like the best coaches, our leaders draw on their own experiences to coach and inspire their teams. 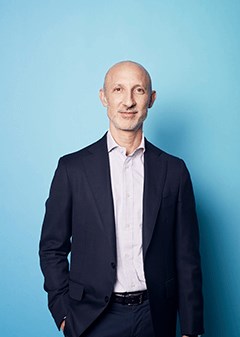 Responsibility to Our People and to Our Partners

We keep our values close - our high ethical, technical, and business standards rule everything we do. 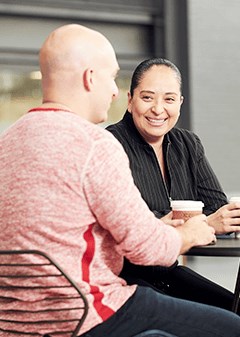 At BetMGM, you’ll join a group of experienced, energetic people united by a shared goal: to build something brand-new. While we hail from a range of countries and industries, these four values remind us why we started, where we’re going, and the principles that matter most.

Find Out More About Us